The students of grades 7, 8 and 9 updated their house boards related to the Padma Shree Awardees of 2020. Each house was given two awardees to research on and they brought the information related to them as to why they were awarded, what was their inspiration and their character strengths. The students were very enthusiastic while researching about them. They were motivated by the strength of will of those important people. Each house's students put up their boards in a beautiful manner with maximum details to make the boards self-explanatory. 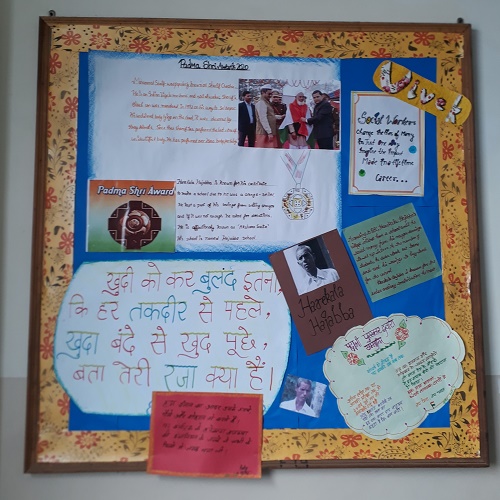 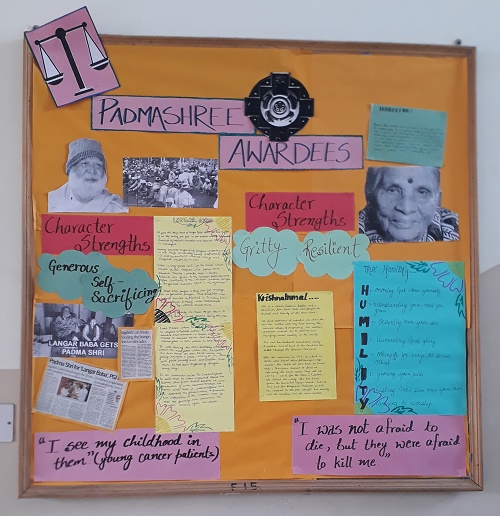 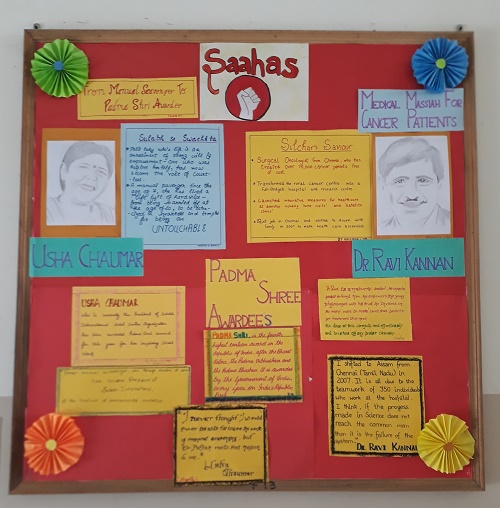 On Saturday,18.1.2020,Inter house quiz competition was conducted between the grades 7 to 9.The questions of quiz competition were asked in 4 rounds.The questions from the first two rounds were taken from their G.K and Social science syllabus.The next two rounds were  based on recent current affairs and sports news.There were audio visual questions too.Each question had 4 options and the team was given 20 seconds to answer it.There were question for audience too after every round.The children of all the houses included non participants enthusiastically participated in the competition.The winner house was Saahas, Sanyam and Nyaya houses shared the second position and Vivek house was declared third. 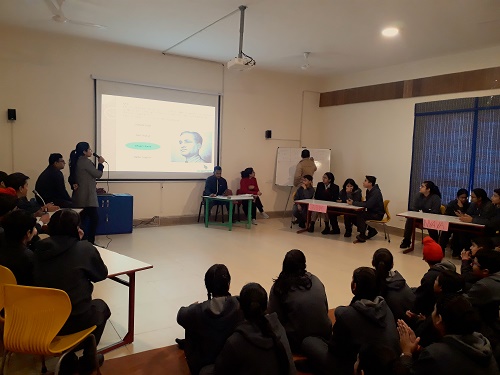 Saturday Morning Workout- I’m in… Are you in??

Exercise not only changes your body, it changes your mind, your attitude and your mood.- Exercise makes me Happy!

The beautiful Saturday morning started with a lovely workout. The children of Grades 2 to 5 enjoyed doing a ‘Mass PT’ as a part of their ‘House Activity’.  On the beats of drum, not just the children but their teachers too, performed various exercises. They assembled class-wise in different lanes which made it a wonderful view. to start with, they were taught how to properly stand-at-ease and then, switch to ‘attention’ position. The prime focus was on their positioning and co-ordination. And then of course, the exercises, which definitely improve the physical fitness but at the same time, also help to inculcate self-discipline among the children. 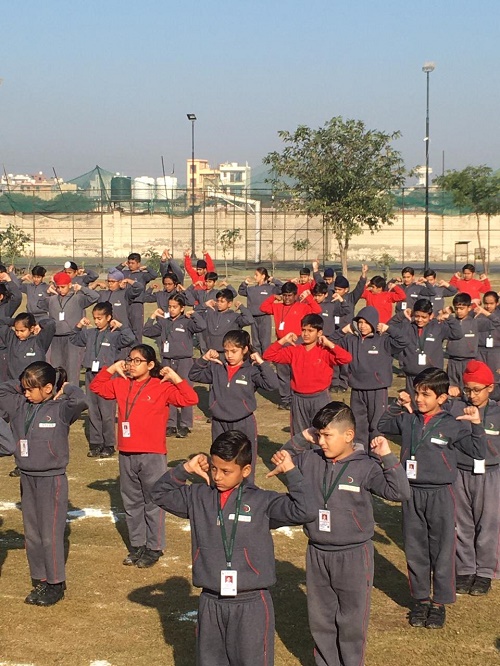 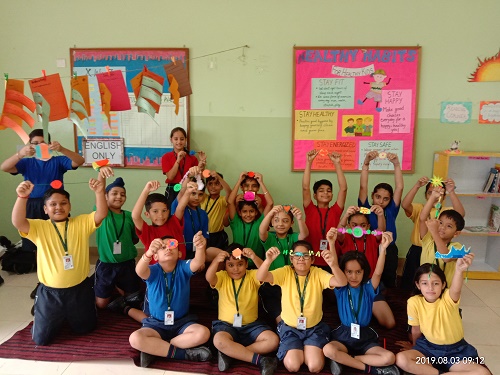 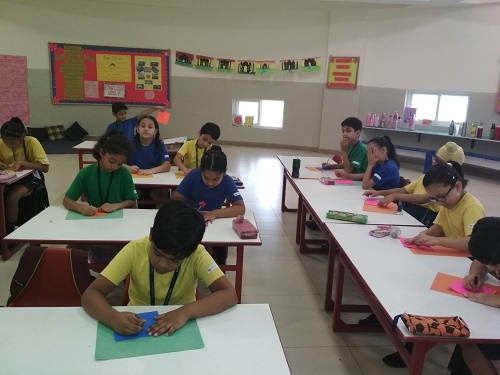 Best out of waste 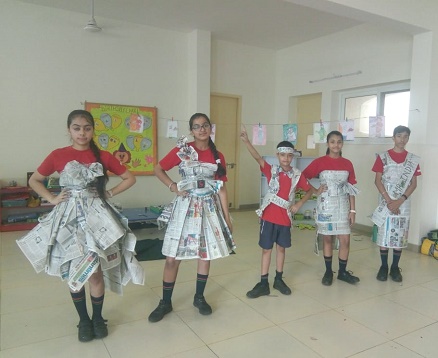 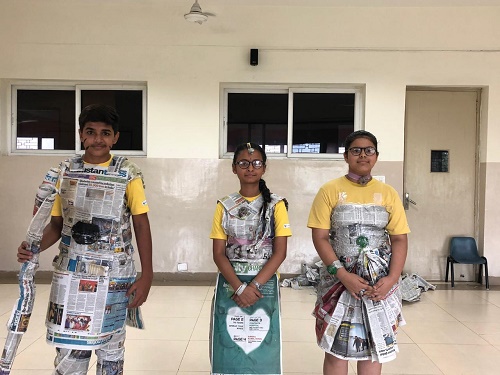 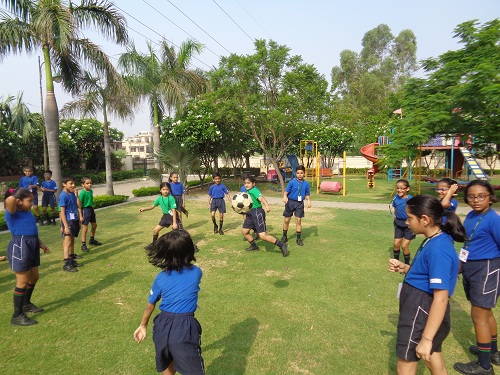 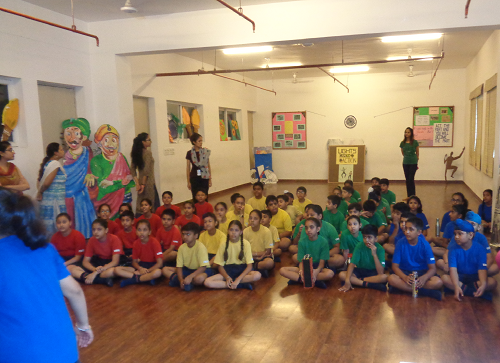 In the month of April, a house activity was conducted in the school for celebrating Earth Day.Grade 1 and 2 did art work,Grade 3 to 6 students did creative writing(poem,paragraph writing,short essay etc), Grade7 to 10 students made beautiful posters and wrote slogans on given topics. Saahas house students were given the topic-Noise pollution, Sanyam house-Land pollution, Vivek house-Water pollution and Nyaya house-Air pollution. The house boards were displayed accordingly.

An Inter house extempore competition was held in the month of February 2019 at the school. Grade 1 and 2 had their Show and Tell competition. Grade 3 and 4 spoke either on "Seasons" or "Festivals". Topics given to Grade 5 and 6 were "If i am stuck in a forest..... " or "If i had a magic pen...". "Harmful effects of social media" or "Importance of Life skills...." were the topics given to Grade 7 to 9. All the four houses namely Nyaya, Sanyam, Vivek and Saahas participated enthusiastically. 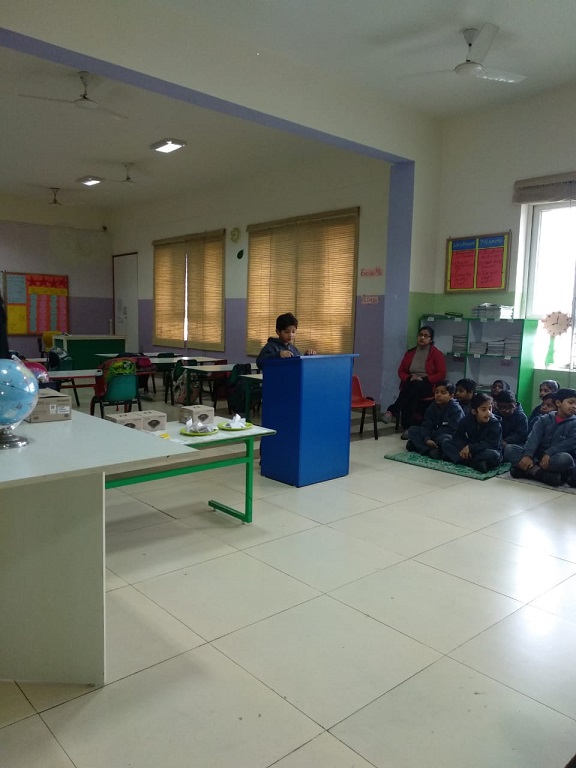 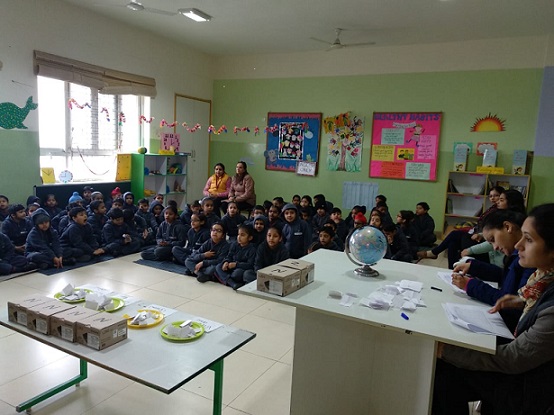 An Interhouse "Extempore competition" was held between classes 3 and 4 . All the students participated and were judged on different parameters. The topic given to them were- Clock, My best friend, My favourite book, My favourite game and My school. The topics were written on the chits. Each student were ask to pick up one chit and had to speak about the topic they got. In this, Saahas house got 1st position, 2nd was Vivek house, 3rd was Nyaya house and 4th Sanyam house.

An Interhouse "English Poetry Competition" was held between students of classes 5 and 6. One participant was there from each class of each house. The topic given was "Respect". Nyaya and Sanyam houses shared the 1st position while 2nd position was shared by Saahas and Vivek houses.

An Interhouse "Hindi Poetry competition" was held between students of classes 7 to 10. The topic given was "Veer ras".One student from each house was a participant from these classes. Sanyam house got 1st position, Nyaya house was 2nd,vivek house got 3rd and Saahas house got 4th position. 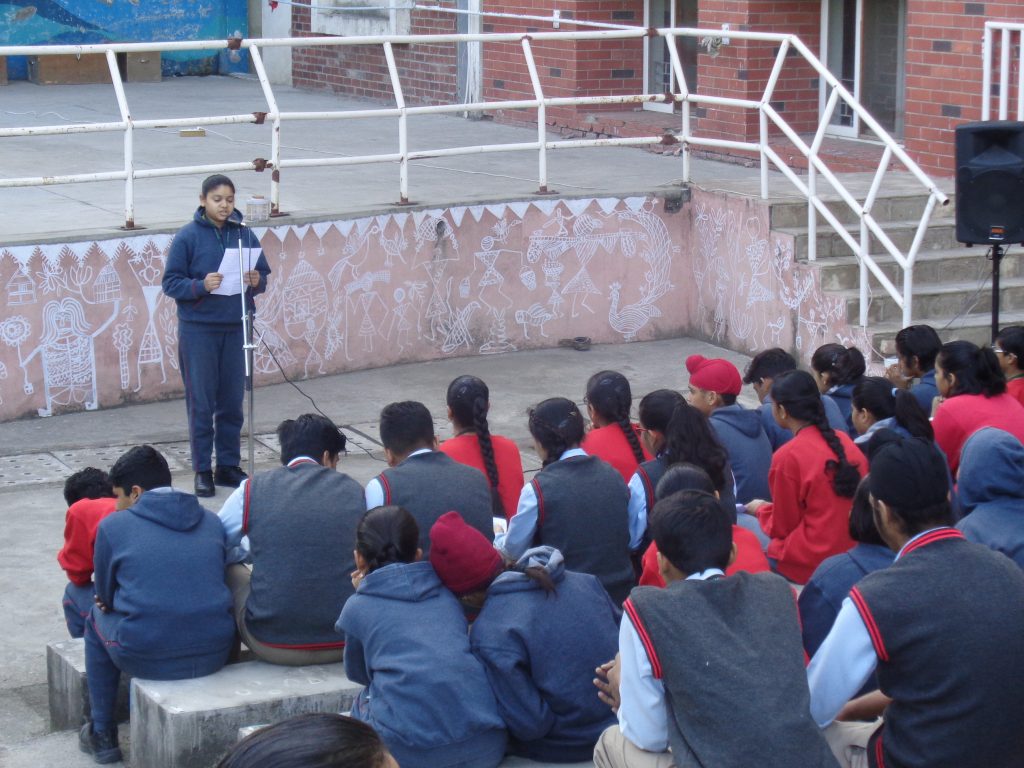 ATS Valley School conducted INTER HOUSE RANGOLI MAKING COMPETITION for Grade 5 - Grade 10 at their school campus. All the four houses namely - Vivek, Nyaya, Sanyam and Saahas enthusiastically participated in the event and the school was looking resplendent with colors. 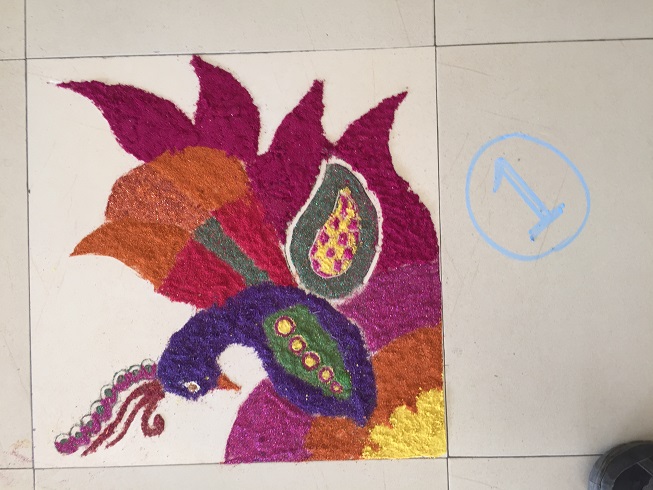 Storytelling is an age old practice which is used till date to communicate and connect with masses. It is a powerful tool as it provides ideas to identify important details and comprehend better. With this thought, our school ATS Valley, Dera Bassi organized a storytelling and story writing activity as a part of an Inter House Activity on Saturday, 18th of August. For this, the classes were divided into four groups:

Storytelling activity was done with Group A. Different stories like Ugly Duckling, Tsomo and Momo were said with their morals. The children enjoyed a lot. Groups B, C and D wrote stories. Age appropriate opening lines were given to them. They had an option to write the story either in English or in Hindi. Word limit was set for the groups. Group B - 100 words, Group C - 150 words and Group D - 200 words.

The school has set up a shooting range for the students of Grade 6-8, at the school premises. They will learn Air Rifle and Air Pistol shooting in the School Campus. Professional trainers have been hired to teach them basic skills of shooting. It is the latest hi-tech addition to the school campus.